Log In
View basket “A Dance with Dragons” has been added to your cart. 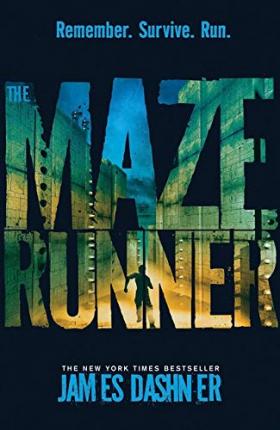 When Thomas wakes up in the lift, the only thing he can remember is his name. He’s surrounded by strangers—boys whose memories are also gone.

Book one in the blockbuster Maze Runner series that spawned a movie franchise and ushered in a worldwide phenomenon! And don’t miss The Fever Code, the highly-anticipated series conclusion that finally reveals the story of how the maze was built! When Thomas wakes up in the lift, the only thing he can remember is his name. He’s surrounded by strangers–boys whose memories are also gone.

Outside the towering stone walls that surround them is a limitless, ever-changing maze. It’s the only way out–and no one’s ever made it through alive.

Then a girl arrives. The first girl ever. And the message she delivers is terrifying: Remember. Survive. Run. The Maze Runner and Maze Runner: The Scorch Trials, and Maze Runner: The Death Cure all are now major motion pictures featuring the star of MTV’s Teen Wolf, Dylan O’Brien; Kaya Scodelario; Aml Ameen; Will Poulter; and Thomas Brodie-Sangster.