Log In
View basket “The Devil and Miss Prym” has been added to your cart. 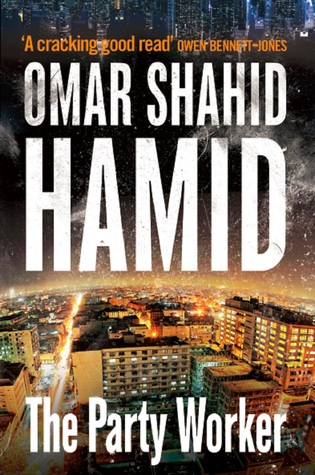 A burnt out New York cop; an eighty-year-old Parsi sitting in a decaying Karachi mansion; a hitman whose days are numbered; a journalist who dreams of the big time.

When a Jewish woman is killed on the steps of the Natural History Museum in New York, disparate lives are thrown together for one purpose: to bring about the downfall of the Don, the uncrowned king of Karachi.

The Party Worker explores the Machiavellian politics of Pakistan’s busiest city, where friends come bearing bullets, and enemies can wait patiently for decades before striking.
Gritty, disturbing, and compelling, this is Omar Shahid Hamid at his best.

Omar Shahid Hamid has been a police officer in Pakistan for sixteen years and is a senior member of the Karachi Police’s Counter Terrorism Department. In 2011, following an attack on his offices by the Pakistani Taliban, he took a five-year sabbatical to write books and worked as a political risk consultant. He has been widely quoted and regularly featured in major news outlets like The New York Times, USA Today, The Wall Street Journal, The Times, Le Monde, DW, Bloomberg, Reuters, CNN, BBC and NPR. His first novel, The Prisoner (2013), was longlisted for the DSC Prize for South Asian Literature 2015 and is now being adapted for a feature film. His second novel is The Spinner’s Tale (2015). In 2016, Omar returned to active duty as a Counter Terrorism Officer.

Omar Shahid Hamid served with Pakistan's Karachi police for 12 years, during which time he was targeted by various terrorist groups and criminal outfits. He received his Masters in Criminal Justice Policy from the London School of Economics, and his Masters in Law from University College London.