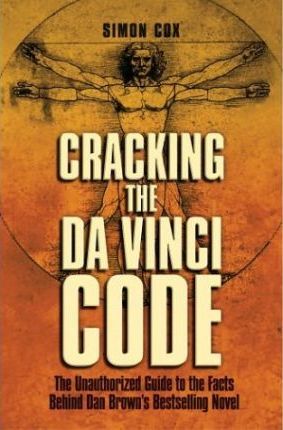 Cracking the Da Vinci Code : The Unauthorized Guide To The Facts Behind The Fiction

The unauthorized guide to the facts behind the fiction of Dan Brown’s ‘The Da Vinci Code’. How much of the novel is true and what is fictional distortion? The A-Z format of this book reveals some stranger-than-fiction truths to questions such as the Golden Ratio, which was once believed to reveal the hand of God; the secret society known as the Priory of Sion; the latest theories about the true nature of the Holy Grail, and the meaning of the riddles hidden in the characters’ names.

The millions of readers who loved The Da Vinci Code have been looking for the truth behind the fiction: here it is.

The Da Vinci Code by Dan Brown took America by storm when it was published in 2003, hitting number 1 on the New York Times bestseller list in its first week of sale. It has since been translated into more than 40 languages and 5.5 million copies are now in print. Columbia Pictures is bringing out the film of the book in 2005, and Ron Howard (A Beautiful Mind) is directing, with Russell Crowe and Kate Beckinsale set to play the leads.

Yet despite the novel’s enormous success, till now fans have had to rely on the fierce debates raging on the Internet to discover the truth behind the fiction. Cracking the Da Vinci Code is the first book to cut through the confusion and disclose the real facts that underpin the plot.

With this A to Z guide at hand, readers can separate fact from fiction, examine fully annotated reproductions of the paintings featured in the novel, get background information on the key characters, and discover the amazing true story.