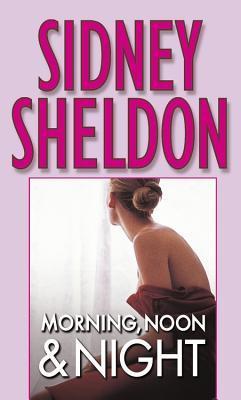 A power revered by presidents and kings, a fortune unsurpassed by few people on earth: all that ended for Harry Stanford the day he mysteriously-and fatally-plunged from his luxury yacht into the Mediterranean Sea. Then, back home in Boston, as the family gathers to grieve for his memory and to war over his legacy, a stunningly beautiful young woman appears. She claims to be Stanford’s long-lost daughter and entitled to her share of his estate. Now, flaming with intrigue and passion through the glamorous preserves of the world’s super rich, the ultimate game of wits begins, for stakes too dazzling and deadly to imagine.

The Stanford family is one of the most respected in America – but behind the facade of fame and glamour lies a hidden web of blackmail, drugs and murder… When Harry Stanford, one of the wealthiest men in the world, mysteriously drowns while cruising on his yacht off the rugged coast of Corsica, it sets off a chain of events that reverberates around the globe. At the family gathering following the funeral in Boston, a strikingly beautiful young woman appears. She claims to be Stanford’s daughter and entitled to a share of the tycoon’s estate. Is she genuine, or is she an imposter? Sweeping from the splendours of the Italian Riviera, to the fashion salons of Paris and New York, and the elite opulence of Boston and Florida, ‘Morning, Noon & Night’ twists and turns its way through intrigue, smoke and mirrors to a surprise ending you’ll never forget…