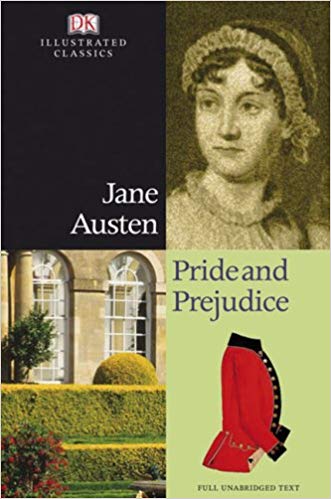 In this glittering comedy of manners, Pride and Prejudice, set in Regency England, Jane Austen superbly evokes the frailties, social ambitions and snobbishness of provincial middle-class life and shows the folly of judging by first impressions.

So begins Pride and Prejudice, Jane Austen’s perfect comedy of manners–one of the most popular novels of all time–that features splendidly civilized sparring between the proud Mr. Darcy and the prejudiced Elizabeth Bennet as they play out their spirited courtship in a series of eighteenth-century drawing-room intrigues. "Pride and Prejudice seems as vital today as ever," writes Anna Quindlen in her introduction to this Modern Library edition. "It is a pure joy to read." Eudora Welty agrees: "The gaiety is unextinguished, the irony has kept its bite, the reasoning is still sweet, the sparkle undiminished. [It is] irresistible and as nearly flawless as any fiction could be."

This volume is the companion to the BBC television series, a lavish production aired on the Arts and Entertainment Network.

The Modern Library has played a significant role in American cultural life for the better part of a century. The series was founded in 1917 by the publishers Boni and Liveright and eight years later acquired by Bennett Cerf and Donald Klopfer. It provided the foun-dation for their next publishing venture, Random House. The Modern Library has been a staple of the American book trade, providing readers with affordable hard-bound editions of important works of liter-ature and thought. For the Modern Library’s seventy-fifth anniversary, Random House redesigned the series, restoring as its emblem the running torchbearer created by Lucian Bernhard in 1925 and refurbishing jackets, bindings, and type, as well as inau-gurating a new program of selecting titles.