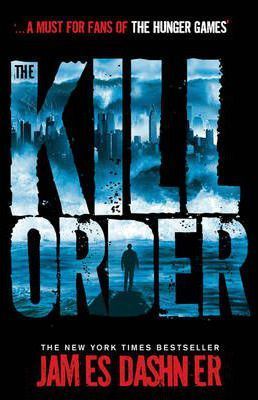 The Kill Order in Pakistan

When sun flares hit the Earth, intense heat, toxic radiation and
flooding followed, wiping out much of the human race. Those who
survived live in basic communities in the mountains, hunting for
food.

For Mark and his friends, surviving is difficult, and then an
enemy arrives, infecting people with a highly contagious virus. Thousands
die, and the virus is spreading. Worse, it’s mutating, and
people are going crazy.

It’s up to Mark and his friends to find the enemy – and
a cure – before the Flare infects them all ..

Can be read as a prequel to the series, or as a standalone
Maze Runner novel

The Maze Runner, The Scorch Trials
and The Death Cure are all major films available to stream
on Disney+

High-octane, dystopian YA adventure, perfect for fans
of The Hunger Games and Divergent

Five pulse-pounding books in the series!

Loved The Kill Order? Check out The Fever
Code – a direct prequel to The Maze Runner!

The Fault in Our Stars

Percy Jackson and the Battle of the Labyrinth (Book 4)