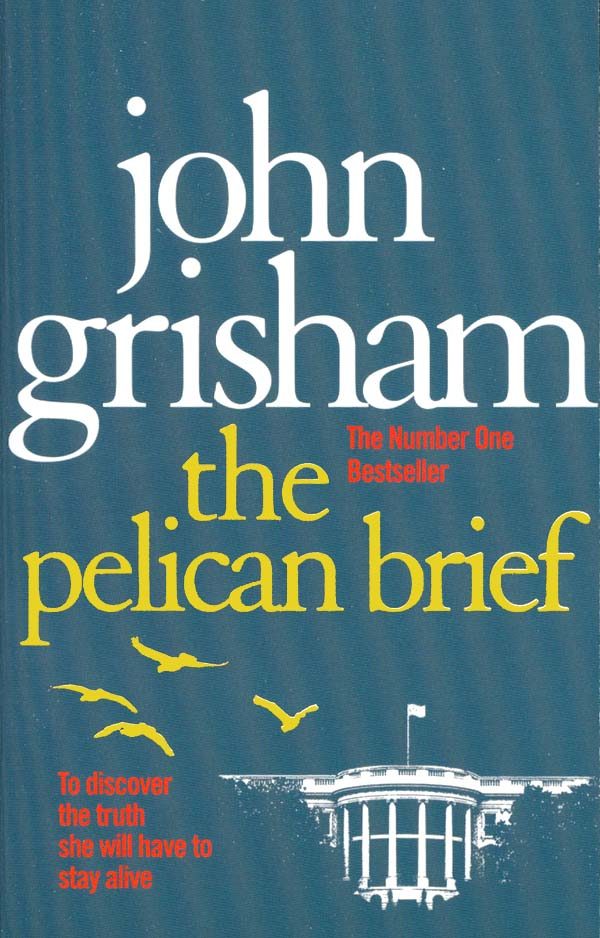 In suburban Georgetown a killer’s Reeboks whisper on the front floor of a posh home… In a seedy D.C. porno house a patron is swiftly garroted to death… The next day America learns that two of its Supreme Court justices have been assassinated. And in New Orleans, a young law student prepares a legal brief… To Darby Shaw it was no more than a legal shot in the dark, a brilliant guess. To the Washington establishment it was political dynamite. Suddenly Darby is witness to a murder — a murder intended for her. Going underground, she finds there is only one person she can trust — an ambitious reporter after a newsbreak hotter than Watergate — to help her piece together the deadly puzzle. Somewhere between the bayous of  Louisiana and the White House’s inner sanctums, a violent cover-up is being engineered. For someone has read Darby’s brief. Someone who will stop at nothing to destroy the evidence of an unthinkable crime.

Two Supreme Court Justices are dead, their murders unsolved.
But one woman might have found the answer.

Darby Shaw is a brilliant New Orleans legal student with a sharp political mind. For her own amusement, she draws up a legal brief showing how the judges might have been murdered for political reasons, and shows it to her professor. He shows it to his friend, an FBI lawyer.

Then the professor dies in a car bomb.

And Darby realises that her brief, which pointed to a vast presidential conspiracy, might be right. Someone is intent on silencing Darby for good – somebody who will stop at nothing to preserve the secrets of the Pelican Brief…