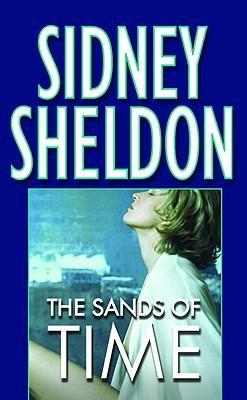 The Sands of Time

When four nuns are forced to flee their Spanish convent in 1976 to face a hostile world, they find themselves pawns in a violent struggle between the outlawed Basque underground movement and the Spanish army under the command of Colonel Ramon Acoca, who is bent on destroying them all. The author’s other books include “If Tomorrow Comes”, “Master of the Game”, “Rage of Angels”, “Bloodline” and “Windmill of the Gods”

Four nuns find themselves suddenly thrust into a hostile world they long ago abandoned for the safety of the convent. Unwittingly they become pawns in a battle between the charismatic Jaime Miró, leader of the outlawed Basque nationalists, and the ruthless Colonel Ramón Acoca of the Spanish Amy.
Four women – and the men they are forbidden to love.
Megan – the orphan, who feels an overpowering attraction to Jaime.
Lucia – the fiery Sicilian beauty on the run for murder – and Rubio Arzano, the freedom fighter who risks his life to save her.
Teresa – whose guilty conscience finally drives her to betray her friends.
Graciela – who bears a terrible secret that almost destroys her – and the courageous Ricardo who loves her.

From the same author of the books “The Other Side of Midnight”, “Rage of Angels”, “Bloodline” and “Windmills of the Gods”. The book is set in Spain and centres around four nuns and their unwitting involvement with outlawed Basque nationalists and the Spanish Army.