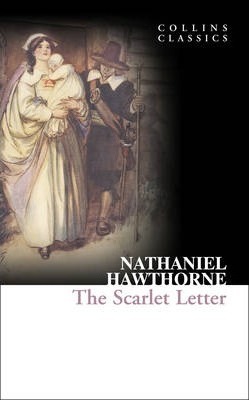 Hailed by Henry James as “the finest piece of imaginative writing yet put forth in the country,” Nathaniel Hawthorne’s The Scarlet Letter reaches to our nation’s historical and moral roots for the material of great tragedy. Set in an early New England colony, the novel shows the terrible impact a single, passionate act has on the lives of three members of the community: the defiant Hester Prynne; the fiery, tortured Reverend Dimmesdale; and the obsessed, vengeful Chillingworth.

A tale of sin, punishment and atonement, The Scarlet Letter exposes the moral rigidity of a 17th-Century Puritan New England community when faced with the illegitimate child of a young mother. Regarded as the first real heroine of American fiction, it is Hester Prynne’s strength of character that resonates with the reader when her harsh sentence is cast. It is in her refusal to reveal the identity of the father in the face of her accusers that Hawthorne champions his heroine and berates the weakness of Society for attacking the innocent.

With The Scarlet Letter, Hawthorne became the first American novelist to forge from our Puritan heritage a universal classic, a masterful exploration of humanity’s unending struggle with sin, guilt and pride.