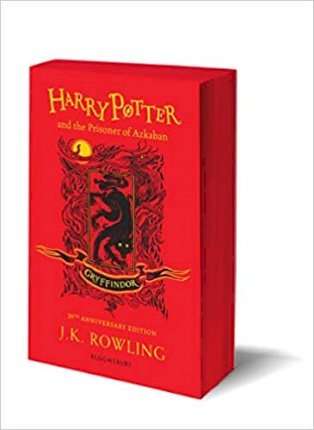 With vibrant sprayed edges in Gryffindor house livery, the book features beautiful house-themed cover artwork with intricate gold foiling. With an exciting, bespoke introduction exploring the history of Gryffindor House, and exclusive insights into the use of the Patronus Charm by favourite Gryffindor characters, the book also boasts a spectacular image by Kate Greenaway winner Levi Pinfold of Hermione Granger conjuring her Patronus. All seven books in the series will be issued in these highly collectable, beautifully crafted House Editions, designed to be treasured and read for years to come.

A must-have for anyone who has ever imagined sitting under the Sorting Hat in the Great Hall at Hogwarts waiting to hear the words, `Better be GRYFFINDOR!’