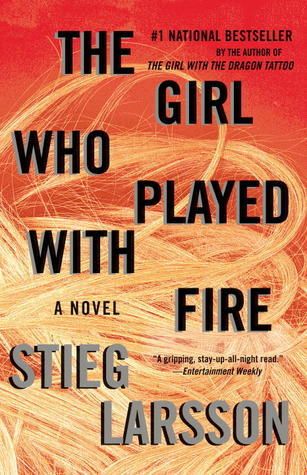 The Girl Who Played With Fire (Millennium 2)

Mikael Blomkvist, crusading publisher of the magazine Millennium, has decided to run a story that will expose an extensive sex trafficking operation. On the eve of its publication, the two reporters responsible for the article are murdered, and the fingerprints found on the murder weapon belong to his friend, the troubled genius hacker Lisbeth Salander. Blomkvist, convinced of Salander’s innocence, plunges into an investigation. Meanwhile, Salander herself is drawn into a murderous game of cat and mouse, which forces her to face her dark past.

The Girl Who Played With Fire : Book 2 of the Millennium Trilogy

The Expose
Millennium publisher Mikael Blomkvist has made his reputation exposing corrupt establishment figures. So when a young journalist approaches him with an investigation into sex trafficking, Blomkvist cannot resist waging war on the powerful figures who control this lucrative industry.

The Murder
When a young couple are found dead in their Stockholm apartment, it’s a straightforward job for Inspector Bublanski and his team. The killer left the weapon at the scene – and the fingerprints on the gun point to only one direction.

The Girl Who Played with Fire
Ex-security analyst Lisbeth Salander is wanted for murder. Her history of unpredictable and vengeful behavior makes her an official danger to society – but no-one can find her. The only way Salander can be reached is by computer. But she can break into almost any network she chooses…